How to Get Colorado Hard Money Loans for Medical Marijuana Dispensaries

5 REASONS TO USE A TEXAS HARD MONEY LENDER?

Why Arizona Airbnb Loans are the Hottest Thing on the Market

How to Get Colorado Hard Money Loans for Medical Marijuana Dispensaries

Medical marijuana programs are now legalized in a number of states in the United States. Many times, Colorado Hard Money Loans are the best option to fund dispensaries participating in these programs.

In his youth, Jerry served in the military completing a Gulf War tour and earning a purple heart. In the early-1990s, he returned to his home in California with post-traumatic stress disorder and chronic back pain. For many years he suffered from these conditions and struggled finding a form of consistent relief. By the mid-1990s, there were legal changes to cannabis, which came to Jerry’s attention. Medical Marijuana was soon approved under Proposition 215—The Compassionate Use Act. According to the new proposition, Jerry learned that, with a physician’s approval, he could use medicinal cannabis to alleviate his PTSD and chronic back pain.

Jerry interested to see if medicinal cannabis could help his post-war conditions. After some time had passed and the proposition had taken effect, he talked to a physician and got approval to use medicinal cannabis. The treatment worked. Over time, Jerry experienced reduced anxiety, less nightmares, and greater sleeping intervals. The ability to sleep longer, and the lessening or stress and anxiety, helped him feel more relaxed, well-rested, and calmer.

While he had not disclosed his medicinal use of cannabis to those close to him, many friends and family members began to take note of Jerry being more relaxed, sociable, and friendly. Jerry felt better and less burdened.

Over time, Jerry decided he would like to help others struggling with chronic psychological or physical pain. Jerry decided to make a non-profit organization through the California Department of Public Health’s Medical Marijuana Program (MMP). With a knowledge of the system and various connections with physicians, Jerry applied to become a care provider in accordance with state law. The only problem was funding for his non-profit. Some friends of his suggested Colorado Hard Money Loans.

“While Jerry had accrued a significant amount of savings, he relied on Colorado Hard Money Loans to acquire the non-profit instructor he needed to participate in California’s Medical Marijuana Program.”

While Jerry had accrued a significant amount of savings in the past, he relied on Colorado Hard Money Loans to acquire the non-profit instructor he needed to participate in California’s Medical Marijuana Program. Colorado Hard Money Loans allowed Jerry to establish himself and help other individuals suffering or in need of medical help. His clinic attends to a community of thousands of patients 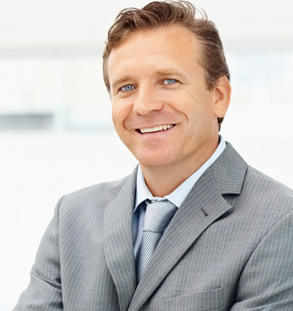 About the Author: Dennis has been working in the real estate industry in some capacity for the last 40 years. He purchased his first property when he was just 18 years old. He quickly learned about the amazing investment opportunities provided by trust deed investing and hard money loans. His desire to help others make money in real estate investing led him to specialize in alternative funding for real estate investors who may have trouble getting a traditional bank loan. Dennis is passionate about alternative funding sources and sharing his knowledge with others to help make their dreams come true. Dennis has been married to his wonderful wife for 43 years. They have 2 beautiful daughters and 5 amazing grandchildren. Dennis has been an Arizona resident for the past 40 years.