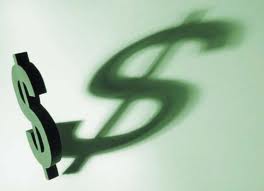 The 2013 real estate housing forecast for next year, remains cautiously optimistic. We will find out in a year if we were overly optimistic. However, it should be noted that a rapid expansion of this market segment isn’t likely until after 2015. Credit qualifying requirements for consumers remain very challenging to say the least and with a slow economy, it will take several years– well into 2015 until we even experience meaningful growth according to experts such as economists–Kenneth Rosen of U.C. Berkeley and Bill Witte of Indiana University’s Kelley School of Business to name just two. These experts are optimistic but offer only “lukewarm” optimism for 2013. They throw around terms like ‘underachieve,’ ‘unambitious’ and ‘unfortunate’ while they talk about 2013, as if to say, don’t get too hopeful. One must admit, given what the housing market has gone through since 2009 however, this is still all good news. The market will continue to grow, albeit very slowly, but it will continue to grow out of the recessionary malaise the market has been under given the excess inventory, price of oil, instability in Europe (and now the Middle East) and not to mention the economy that continues to frustrate those looking for employment. And that’s something to be happy about.