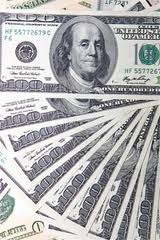 In May 2013, distressed homes, that’s to say, foreclosures and short sales accounted for 18 percent of May sales. This is unchanged from April. Fewer distressed homes, which generally sell at a discount, account for some of the price gain.

Freddie Mac’s numbers show that the national average commitment rate for a 30-year, conventional, fixed-rate mortgage rose to 3.54 percent in May from 3.45 percent in April; it was 3.80 percent in May 2012.

In May, 45 percent of all homes sold were on the market for less than a month. This median time on the market is the shortest since monthly tracking began in May 2011. Of these homes, first-time buyers accounted for 28 percent of purchases in May, compared with a slightly higher 29 percent in April and 34 percent in May 2012.

Additionally, single-family home sales rose five percent, making a seasonally adjusted annual rate of 4.60 million in May from 4.38 million in April, both of which are 12.7 percent higher than the 4.08 million-unit pace in May 2012. The median existing single-family home price was $208,700 in May, up 15.8 percent above a year ago, the strongest increase since October 2005 when it jumped 16.9 percent from a year earlier.

Existing-home sales in the West increased 2.5 percent to a pace of 1.23 million in May and are seven percent above a year ago. With the tightest regional supply, the median price in the West was $276,400, up 19.9 percent from May 2012.