How to get money for your new home through hard money lenders in Arizona.

You may already know the difference between soft money and hard money. Soft money is an easier Mortgage to obtain than an Arizona hard money Mortgage because hard money is typically private money and that tends to come from less traditional areas, such as a private investor, whereas soft money is merely the opposite. With Arizona hard money, you are paying for the ability to get a Mortgage based on the property itself, which your lender will come by and inspect before giving you the Mortgage. Arizona hard money lenders are making Mortgages to people based on properties that a bank would never consider lending money to because they believe in you. Additionally, remember that with a hard money Mortgage, you are paying for money in a timely manner. If you need to close a property in any time between a week to two weeks, you will need that money fast. An Arizona hard lender knows that.  Your bank could never lend 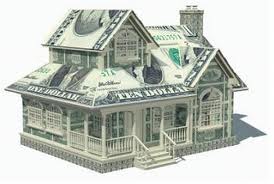 that fast- if you were even approved.

What to know about Arizona Hard Money Mortgages –It isn’t cheap!

Arizona Hard Money Lenders generally allow Real Estate Investors to borrow a certain percentage of the purchase price and rehab costs (usually around 70%). But don’t get too excited. Before you consider any particular lender in Arizona, make sure that you become familiar with their terms and rates and conditions. There are some things you will have to contribute money to; closing costs and of course, the ability to pay your debt monthly.  Moreover, a lot of these Mortgages are asset-based Mortgages. However, there are a growing number of Hard Money Lenders looking at your credit score. The main reason being that lenders are discovering many Mortgages that they have made over the last 2 years took longer to get paid off than the initial term they were issued for.  It makes sense now that lenders would want to know up front if paying back the Mortgage would be a problem.

Remember to do some more research on Arizona hard money before you commit to them. They also have their advantages that can benefit you and fulfill your needs.