The way that hard money lenders get a good return on their money is because they charge higher interest rates than a conventional Mortgage would. They normally do not lend to someone who plans to live in the residence. Basically, they want to be able to take the home easily if the investor whom they leant money to defaults on the Mortgage. That way, even if they don’t receive the return on their investment in cash, these private money lenders Arizona are still going to get their money back—probably even more than they would have—after they sell the property purchased using their hard money. It’s a win-win situation for them, as long as they have a good lawyer and set themselves up for success. Either they are going to receive back their money with a lot of interest, or in the case of default, the hard money lenders Arizona receive a property that is worth enough for them to still make that money or more. 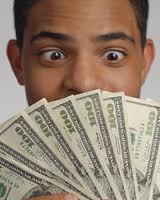