Arizona Hard Money Drawbacks and how to avoid them

So, a lot of people will ask, if hard money is so expensive, why would you or anyone use it? Hard money has its place for certain borrowers who cannot get traditional funding, like from a bank or mortgage company, when they need it. Because the Arizona Hard Money are mostly focused on collateral (and less concerned with your financial position), hard money Mortgages can be closed more quickly than traditional Mortgages. They would rather not take possession of your property, as that’s an uncomfortable situation for everyone involved, but they don’t need to spend as much time going through a Mortgage application with a fine toothed comb.

Did you know Arizona hard money agreements can also be more flexible than traditional Mortgage agreements, too? Most lenders don’t use a standardized underwriting process. Instead, they evaluate each deal individually. Depending on your situation, you may be able to tweak things like the repayment schedules.

You also do not need great credit to get hard money, and your income is not as important as it might be with other “Mortgages.” It may even be possible to get hard money without verifying your poor credit or income information, but it’s rare. Lenders will be interested in your finances, but your collateral is the most important thing. Most hard money lenders keep Mortgage-to-value ratios (LTV ratios) relatively low. Their maximum LTV ratio might be 50% to 70%, so you’ll need assets to qualify for hard money. With ratios this low, lenders know they can sell your property quickly and have a reasonable shot at getting their money back. Talk to Arizona Hard Money Lender Apple Wood Fund. 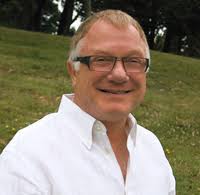